Winners were named November 30 at a banquet honoring finalists for both awards.

GOAL is a statewide program of the Technical College System of Georgia, which honors excellence in academics and leadership among the state’s technical college students.

The Rick Perkins Award is designed to recognize and honor technical college instructors who make significant contributions to technical education through innovation and leadership in their fields.

Both Kral and Ingham will compete against winners from other Georgia technical colleges in a regional competition in February before participating in the state competition, held in Atlanta in April. 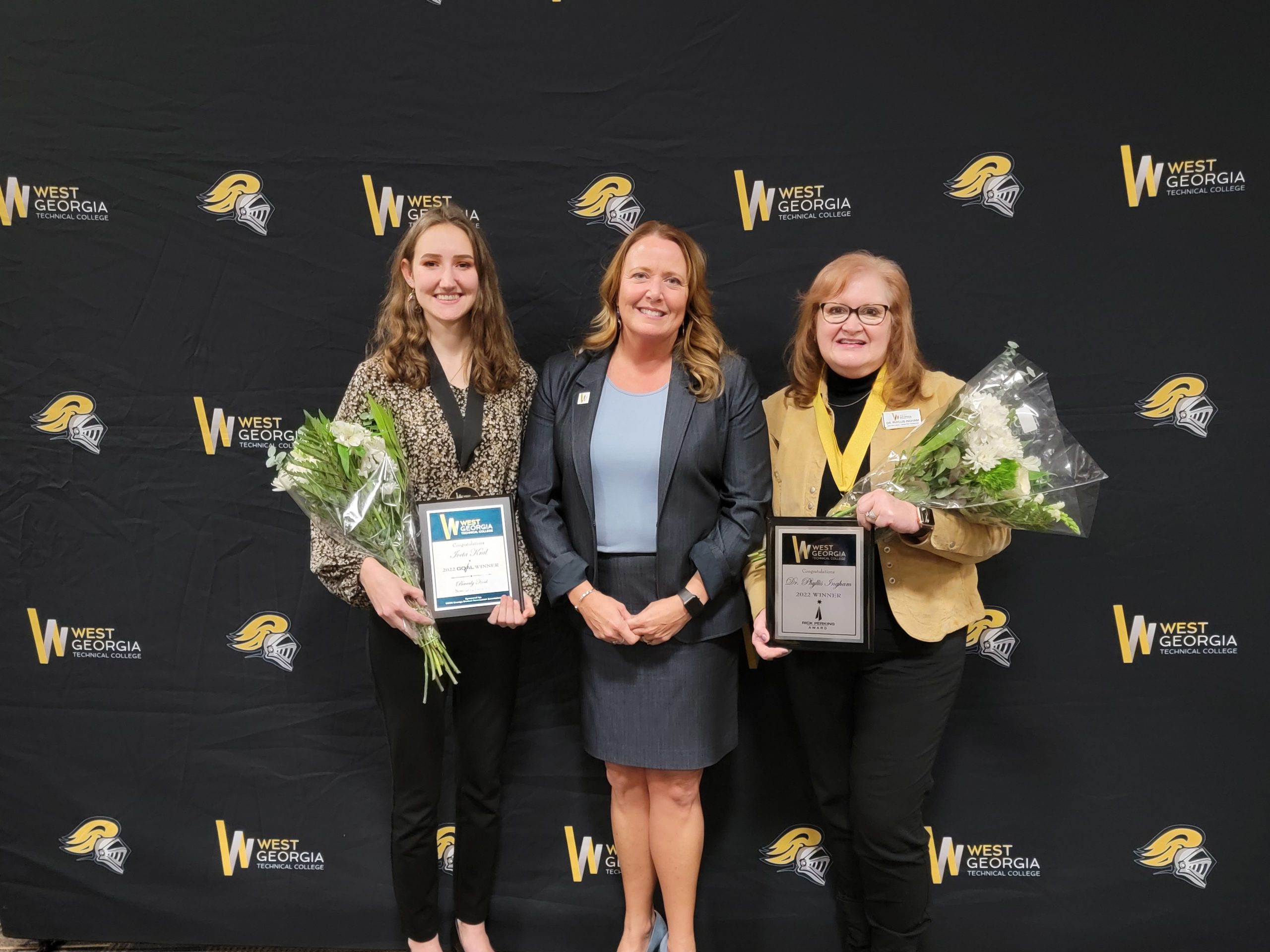 Kral was nominated by speech instructor Beverly Kirk. In her nomination, Kirk wrote, “Iveta excels in her own coursework and expresses empathy towards her classmates. Often she sought out her quieter more reserved classmates to draw them into the conversation and help them gain self-confidence.”

GOAL coordinator and Dean of Students Melinda Hofius said, “Iveta is a perfect ambassador for technical education, and I know her story will inspire women just like her to enroll in STEM programs. I’m so excited she’ll be representing us at the Regional and State competitions this year!”

Ingham was nominated for the Rick Perkins Award by Nikki Gilbert, Dean of Health Sciences. In her nomination, Gilbert wrote, “Dr. Ingham is well-respected among her peers and in industry due to her dedicated involvement in field. She is a great ambassador for the college and for technical education!”

First launched in 1971, GOAL focuses on student excellence in technical education by focusing on academic excellence and personal achievement. A panel of judges selects one student as the state GOAL winner, which is announced at the state competition in April. The 2021 state GOAL winner is West Georgia Tech’s own Elizabeth Rodriguez. She received a new Kia K5 courtesy of and Kia Georgia, Inc. and has been touring the state as an official ambassador of technical education.

The Rick Perkins Award for Excellence in Technical Instruction honors technical education’s most outstanding instructors. Formerly known as the Commissioner’s Award of Excellence, the Rick Perkins Award was renamed in memory and honor of Thomas “Rick” Perkins, an instructor of the former West Central Technical College, who received the Commissioner’s Award of Excellence prior to his untimely death.

West Georgia Technical College, with campuses in Carroll, Coweta, Douglas, Haralson and Troup counties and class sites in Heard and Meriwether counties, offers more than 140 associate degree, diploma and technical certificate programs of study. A unit of the Technical College System of Georgia, West Georgia Tech is one of the largest of the state’s 22 technical colleges. For more information, please visit westgatech.edu.